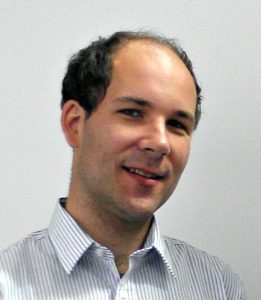 Jozef Prachar received his MSc. degree in 2012 in Faculty of Natural Sciences at Comenius University in Bratislava for the topic of computational design and organic synthesis of bioactive molecules for cancer therapy. In 2012 – 2017, his PhD. study continued at Polymer Institute of Slovak Academy of Sciences in Bratislava by the physico-chemical modification of polymers using plasma irradiation and silicon chemistry. The goal of this topic was the preparation of a well-defined and functional silica-like surface usefull in biomedical applications (e.g., as antibacterial surface). During his study, he published one article about a new approach for preparation of functionalized polypropylene support using alkoxysilanes to improve the overall stability of plasma-irradiated surface in organic solvents.

After receiving the PhD. degree, on December 1, 2017, he has joined  FunGlass, Department of biomaterials. The content of his work is the preparation and characterization of bioactive composites and hybrid materials for the regeneration of bone tissue. These composites are based on bioglass particles as fillers and biocompatible polymeric matrice (e.g., polysaccharides). The main goal of the composite preparation is to improve the physico-chemical properties of these anorganic-organic systems such as chemical interaction between filler and matrice, particle dispersion, size of pores, microstructure and mechanical strength in order to mimic the material requirements of bone tissue in the human body.