It is pleasure to announce that the Funglass has expanded by new colleagues Martin Michalek and Monika Michalek. 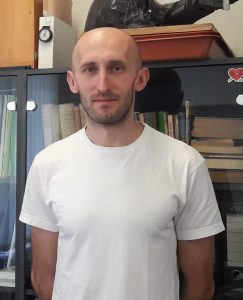 Bratislava, Slovakia. From September 2013 he joined the Empa, Switzerland at the department of High-Performance Ceramic as a post-doctoral researcher and from 2016 to 2017 as a researcher. By this time he was responsible person for projects strongly related to the industry. In the first project named CeraTherm he successfully developed new thermal barrier coatings for turbines. The project allowed him to go deeply into the surface chemistry by preparation of stable suspensions mainly for tape casting. The successful work resulted in a patent proposal and two published articles in recognized international journals. In the 2nd part of his assignment at Empa, he was a key scientist in an industrial project named Hitral. During this project, he gained expert-level on sintering of alumina in different atmospheres. The work resulted in three scientific papers.

Dr. Michalek joined the FunGlass since January 2018 to conduct fundamental and applied research based on bioactive materials based on glass and ceramics. Several techniques such as green body processing, mechanical testing SEM, EDX, XRD and many others will be utilized for the obtaining and further characterization of the specimens.

Monika Michálková received her PhD. degree in Inorganic Technologies and Materials from the Slovak 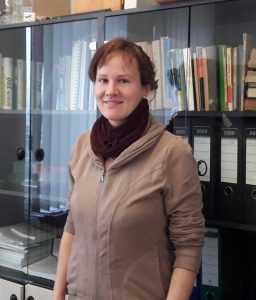 University of Technology, Bratislava in 2009. The topic of her PhD. thesis was Transparent polycrystalline materials based on alumina. As a post-doctoral researcher she worked at FH Münster University of Applied Sciences on Photochemistry in UV–LED mini-reactor and on Photo-Decomposition of Water – ˙OH Radical Scavengers. During second post-doctoral research project she visited Empa, Swiss Federal Laboratories for Materials Science and Technology, Laboratory for High Performance Ceramics for six months where she dealt with Preparation and properties of Si3N4/MgSiN2/CNFs composite for electronic devices, the project was founded by SCIEX NMS. As a scientist she worked at the same institute in an industrial project named HITRAL High strength xyz alumina (CTI project). The main goal of the project was to increase the flexural strength of alumina ceramic. In order to achieve this goal she participated in planning and conduction of experiments e.g. applying of glass layers on alumina, ion-exchange Na+/K+ in glass layer, and infiltration/coating of alumina with suspensions. In this context she studied solid-state reactions between alumina-magnesia and alumina-spinel. During the project she improved her skills on microscopy (SEM and optical), XRD analysis, fractography, data analysis and reporting. The very successful work resulted in three scientific papers.

As of January 2018, she joined VILA to conduct fundamental and applied research on preparation of ceramic suspension, luminescent ceramic materials and sintering of ceramic bodies. A number of techniques such as HP, pressure-less sintering, XRD, SEM, UV-VIS-NR, Nano tribometer and contact angle measurement, will be employed for the characterization of prepared ceramic.