On March 7, 2019, a ceremonial event was held on the premises of the Permanent Representation of the Slovak Republic to the EU to mark the 5th anniversary of the establishment of the Slovak Liaison Office for Research and Development in Brussels (SLORD).

Prof. Dušan Galusek, director of the Centre for Functional and Surface Functionalized Glass (FunGlass), introduced the activities and results of the largest scientific-academic project financed from the Horizon 2020 framework program in Slovakia. The FunGlass project is being carried out by scientists of the Alexander Dubček University in Trenčín in close cooperation with the project consortium members, leading European institutions in the field of glass science and technology from Germany (Friedrich – Alexander Universität Erlangen-Nürnberg and Jena Friedrich-Schiller University), Spain (Superior de Investigaciones Científicas) and Italy (Universita degli Studi di Padova). The unique management structure of the FunGlass Center deserves special mention in the Slovak conditions – the highest governing body is represented by representatives of the project partners, thus guaranteeing the direct participation of top European scientists in defining the strategy and controlling the activities of the Center.

The event sparked a high level of interest from the participants, attended by 105 participants, including representatives of EU Member States and associated countries; representatives of the various Directorates of the European Commission; Parliament; the EU Council; Academy; including industry and professional associations and associations in Brussels. 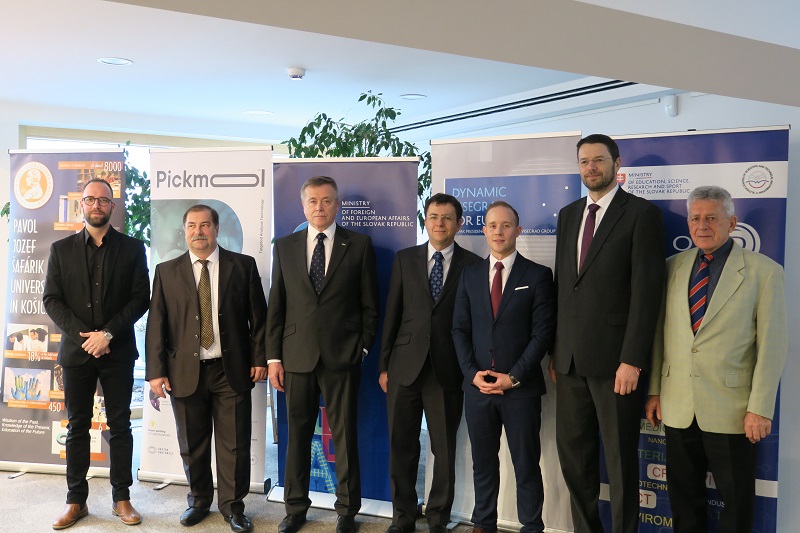