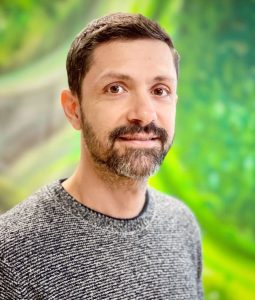 Gustavo Galleani received his Ph.D in Chemistry in a cotutelle program between Sao Paulo State University – Brazil and Laval University – Canada, in 2017 with the thesis entitled “Development of glass optical fibers based on fluoride-phosphate glass for deep-UV optical transmission.”. He has worked in the development of new optical fibers capable to operate in the deep-ultraviolet and the vacuum-ultraviolet that would benefit to laser technologies and elemental chemical sensing applications, where highly pure oxyfluoride glasses were prepared and utilized to fabricate step-index optical fibers, by a modified crucible technique. The work has involved the network structural investigation of a series of oxyfluoride glasses. The glasses were doped with RE ions and the local environment was characterized by electron paramagnetic resonance (EPR) spectroscopy of Yb3+ ions probe and by photoluminescence experiments on Eu3+ dopant ions. The luminescence properties were correlated with the structural transformation as a function of composition.

And over the past years after he received his Ph.D, he has participated in a national project in the preparation of oxyfluoride glasses and glass-ceramics doped with rare-earth ions for potential use as high energy radiation detectors developing high-density oxyfluoride glasses based on heavy-metals to detect ionizing radiation by the scintillation process, proposed to be used in medical imaging applications. He has also participated in two international projects in collaboration with “Institute of Condensed Matter Chemistry of Bordeaux, France” in the study of glass surface property modification at micrometric scale by the thermal poling technique and on the investigation of silver containing photosensitive glasses studying the silver cluster growth, distribution and efficient energy transfer from silver nanoclusters to rare-earth ions in femtosecond laser photostructured glasses. He published 17 papers in peer-reviewed international books.

He joined Functional Materials department focus on the development of luminescent glass and glass-ceramics for photonic applications.

Welcome to FunGlass, Gustavo,  and all the success in your research work.