In February 2021, there was achieved another significant success in the research of nanomaterials in Slovakia.

In 2019, the research company – AT Crystals in cooperation with the University of Zilina located in the city of Zilina successfully completed the development of a new generation of original technology for the production of large-scale single crystals of yttrium-aluminum garnets (YAG), which uses the method of horizontally directed crystallization. Using this technology, the first high-quality large-scale yterbium-doped YAG (Yb: YAG) was produced in Slovakia in 2020. In addition to Slovak scientists, scientists from Russia, China, the USA and Italy also examined the quality and properties of the unique material. The article on this research was also published on the cover of the prestigious magazine Crystal Reserach & Technology in December 2020. 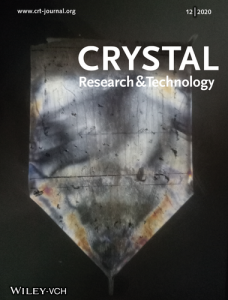 In February 2021,  AT Crystals and the University of Zilina reached another important milestone – in cooperation with the Slovak Academy of Sciences and the Funglass Center (University of Trencin), they managed to produce neodymium-doped YAG (Nd: YAG) for the first time.

This type of material has a wide application spectrum in optoelectronics and it is currently one of the most important materials used as an active laser medium for high-power diode-pumped solid state lasers (Diode Pumped Solid State laser – DPSS laser).

The ability to produce large-scale crystals determines the further development of high-power lasers – those where it is necessary to use a large-scale active element to achieve high performance. High-power lasers are also very important for industry 4.0, modern science and research. One of the most important applications of high-power lasers is, for example, in the laser fusion reactor, which is a renewable source of electricity generation of the future, as a solution to one of the world’s most serious environmental problems.

Due to the high technological complexity of the production of optical crystals and specially doped YAGs, there are only a few workplaces in the world that have successfully managed the development of technologies using horizontally directed crystallization for the production of YAGs. Slovakia thus ranked among the world’s leaders in research, such as: Russia, China and the USA.

Significant research achievements have enabled preparations for the creation of a National Knowledge and Innovation Consortium for Laser Materials, which should support the commercialization of domestic research results and the wider involvement of national research capacities in the European Research Area.