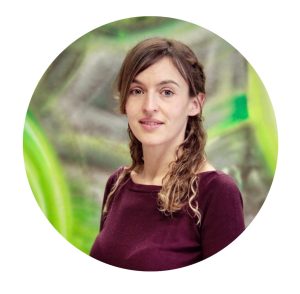 She received her Ph.D in Engineering Science from Instituto Balseiro, an academic institution depending on Universidad Nacional de Cuyo (Argentina) and Argentinean National Atomic Energy Commission (CNEA), in 2021 with the thesis entitled ‘’Vitrification of a simulated nuclear waste stream”, which was awarded with highest honors. She has worked on the synthesis and characterization of borosilicate and aluminosilicate glasses for nuclear applications, with the special emphasis in the design of a sintering process capable to immobilize a simulated high-level waste coming from the chemical dissolution of a spent nuclear fuel from a PHWR reactor (Argentinean reactor). This involved an extensive study of the interaction between sintering and crystallization kinetics of the sintered glass powders.  In addition, she has also studied the possibility of reducing the nuclear waste thermal load, specifically that produced by 137Cs, immobilizing it on a nanoporous silica glass matrix through its adsorption from an aqueous solution. Her developments involved the use and manipulation of radioactive materials, as well as different analytical techniques for the analysis and physicochemical characterization of the waste forms such as DTA-TG, XRD, DSC-ME, HTM, SEM, TEM, OM, ICP, UV-Vis, FT-IR, Vickers hardness and MCC-1 essays.