Abstract: On the basis of experimental structural data ten system components were considered in the ZnO‐Nb2O5‐P2O5 thermodynamic model of Shakhmatkin and Vedishcheva – ZnO, Nb2O5, P2O5, ZnP4O11, Zn(PO3)2, Zn2P2O7, Zn3(PO4)2, NbO(PO3)3, (NbO)4(P2O7)3, and NbOPO4. The molar Gibbs energies of ZnO, Nb2O5, P2O5, and Zn3(PO4)2 were taken from the FACT database. The unknown Gibbs energies of the other components were estimated by minimizing the sum of squares of deviations between the calculated and measured equilibrium molar amounts of system components for the series xNb2O5·50ZnO·(50‐x)P2O5. The model was validated by the Multivariate Curve Resolution (MCR) and Malfait’s analysis of Raman spectra of xNb2O5·(50‐x)ZnO·50P2O5 glasses. The MCR analysis performed for three components resulted in loadings that were in acceptable coincidence with partial Raman spectra obtained by Malfait’s decomposition. Both the MCR and the Malfait’s decomposition reproduced the experimental Raman spectra very well ‐ on the level of experimental error.

Abstract: Although glass plays an important role in medical facilities such as countertops or interfaces of medical equipment, where chemical and mechanical durability is of great concern, less attention has been paid to developing durable anti‐microbial surfaces. In the present work, silver‐containing surfaces were produced by ion exchange in soda‐lime silicate float glass, and the effects of residual surface compression produced by ion‐exchange on the release of silver ions were investigated. Silver‐doped surfaces were prepared by a sequential two‐stage ion‐exchange process in pure potassium nitrate, at 450°C for 4‐24 hours, and subsequently in KNO3+ 1 wt% AgNO3, at 400°C for 10‐30 minutes. Silver ions were found to penetrate 3‐5 µm into the glass surface, causing only a limited decrease in surface compression induced by potassium ions. The silver‐rich layer provides the required Ag+ leaching essential for anti‐microbial applications, as confirmed by Ag+ ion leaching tests. The silver release can be altered by surface compression. 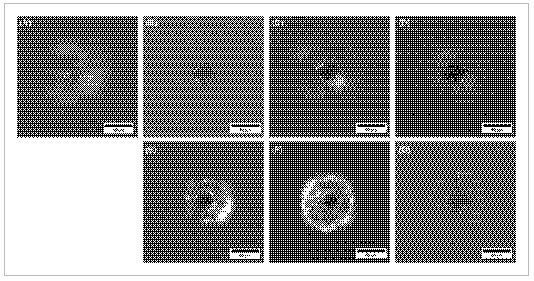 Abstract: In recent years, mesoporous bioactive glass nanoparticles (MBGNPs) have generated great attention in biomedical applications. In this study, cerium and gallium doped MBGNPs were prepared by microemulsion assisted sol-gel method in the binary SiO2-CaO system. MBGNPs with spheroidal and pineal shaped morphology were obtained. Nitrogen sorption analysis elucidated the mesoporous structure of synthesized nanoparticles with high specific surface area. X-ray diffraction analysis confirmed the amorphous nature of the nanoparticles. The chemical compositions of all samples were determined by inductively coupled plasma-optical emission spectrometry (ICP-OES), which revealed that the contents of cerium and gallium could be tailored by adjusting the concentrations of the precursors used for the synthesis. All MBGNPs exhibited in vitro bioactivity when immersed in simulated body fluid, except the particles doped with higher amounts than 1 mol% of cerium. MBGNPs showed antibacterial activity against S. aureus and E. coli without exhibiting cytotoxicity towards MG-63 osteoblast-like cells. Mentioned features of the obtained Ce and Ga-doped MBGNPs make them useful for multifunctional applications such as drug delivery carriers or bioactive fillers for bone tissue engineering applications.

Abstract: The transparent erbium and ytterbium co-doped silica glasses having pink tint were obtained using a new variant of the sol-gel synthesis method. The amount of Er3+/Yb3+ cations introduced into the glass was quantitatively monitored by energy dispersive X-ray analysis. The produced Er3+/Yb3+ co-doped silica glasses (0.25-5 wt. Er2O3 and 2 wt. % Yb2O3) have a high optical homogeneity and contains OH groups in amount of 0.4-1 wt. %. Optical properties of samples were analyzed using UV-VIS absorption and luminescence spectroscopy. The changes in the luminescence spectra of glasses are related to the transitions of Er3+ and Yb3+ ions from glass matrix and correlate well with optical adsorption data. Upon excitation by a 978 nm Xe lamp, up-conversion emissions from Er3+ ions centered at 540 and 650 nm were greatly enhanced as the concentration of erbium oxide in the glasses increased. The proposed sol-gel synthesis method allows fabrication of the complex glass systems which have potential in the application of optoelectronic areas.

vmokranova2021-04-26T08:02:45+02:00April 26th, 2021|
Page load link
Manage Cookie Consent
To provide the best experiences, we use technologies like cookies to store and/or access device information. Consenting to these technologies will allow us to process data such as browsing behavior or unique IDs on this site. Not consenting or withdrawing consent, may adversely affect certain features and functions.
Manage options Manage services Manage vendors Read more about these purposes
View preferences
{title} {title} {title}
Go to Top