Twelve months have elapsed since the launch of the FunGlass project, the largest Slovak scientific-academic 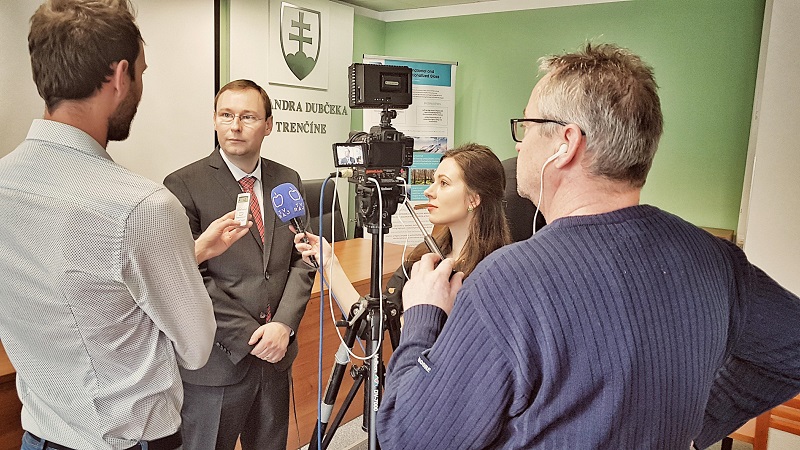 research project funded by the European Horizon 2020 Framework Program. The project is unique in the sense that it does not focus on solving a specific scientific task but its goal is a complex organizational transformation of an existing workplace into a research institute that within the European Union context meets criteria of an excellent research centre in the field of glass science and technologies.

This ambitious project is being realized by researchers of the Alexander Dubček University of Trenčín in close cooperation with consortium members of the project, namely leading European institutions in the field of glass science and technologies, such as German partners Friedrich – Alexander Universität Erlangen-Nürnberg and Friedrich-Schiller Universität Jena Germany, Consejo Superior de Investigaciones Científicas in Spain and Universita degli Studi di Padova in Italy. The first year of the project can be characterized by building the foundation for further activities of the Centre. The Centre substantially expanded its personnel capacities and established new organizational structures within Alexander Dubček University of Trenčín. environment. The highest governing body includes all project partners’ representatives, which guarantees direct participation of top European scientists in defining the strategy and directing the Center activities. Achievement of such authonomy was reached mainly thanks to support and direct engagement of both the rector Jozef Habánik and the  Academic Senate of the university.

Another critical and important point for its future is the fact that the Centre was able to attract personalities who are well recognized in the field of glass and ceramics research. They come from major academic institutions from all over the world (China, Brazil, USA, Turkey); well established companies in the Slovak Republic (RONA, Vetropack Nemšová, Johns Manville Slovakia, AGC Trenčín); and from within the European glass industry (Corning, Glass Service, Stevanato Group, Colorobbia Italia). They all accepted memberships in the Centre Advisory Bodies. As the Director of the Center and the FunGlass Coordinator Dušan Galusek says, these all are prerequisites for opportunities leading to further successful development, however, at the same time they present a great amount of committment and responsibility.

During its first year of existence, the Center employed 39 employees at six research departments 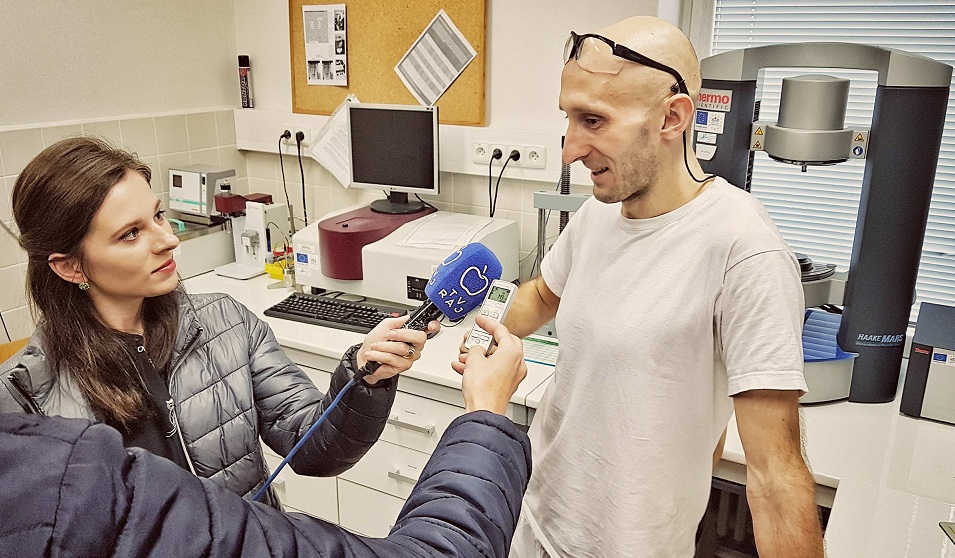 (Department of Biomaterials, Coating Technologies, Functional Glasses, Glass Processing and Central Laboratories, as well as Vitrum Laugaricio – Joint Glass Center). Newly created research positions, including positions of heads of departments, were staffed on the base of international hiring tenders. Successful and employed researchers included not only candidates from Slovakia but also those from Belgium, India, Iran, Spain, Egypt and China. As far as the accredited doctoral program in Inorganic technologies and non-metallic materials is considered, nowadays it is attended by 10 students from Slovakia and abroad.

The significant part of the EU financial support in total amount of 15 mil. EUR is intended for further training and support of professional growth of researchers and doctoral students. At the moment, two researchers are already undergoing research and training internships at foreign partner institutions and another ten are ready to leave for their one-year stays in the near future. Both scientists and students have access to tailor-made educational and training plans aimed to gain experience and “research” know-how within the foreign scientific environment and their application upon return to the home Center.

The year of 2018 is no less demanding for the Center, and the goals ahead represent  preconditions for its further growth and creation of the position of an internationally recognized research center on a European scale. One of the factors that will fundamentally influence the expansion of the Center is the obligatory co-financing of the FunGlass project by 10 mil. EUR provided through Operational Program Research and Innovation by Ministry of Education of the Slovak Republic. National co-financing is a necessary prerequisite for further financial support of the FunGlass project from the European Union in the future. The funds that the Center is expecting to receive this year will focus primarily on material support, renewal and expansion of research facilities, and the expansion of existing high-end experimental infrastructure by other unique equipment.

The results of the project and intentions of the FunGlass Center for the upcoming period are topics of the meeting of the Scientific Board of the Center for Functional and Surface Functionalized Glass held at the Alexander Dubček University of Trenčín during days of March 7-8, 2018.

Slovak version of this article- tnuni.sk/NEWS

vmokranova2018-04-23T09:21:01+02:00March 8th, 2018|
Page load link
Manage Cookie Consent
To provide the best experiences, we use technologies like cookies to store and/or access device information. Consenting to these technologies will allow us to process data such as browsing behavior or unique IDs on this site. Not consenting or withdrawing consent, may adversely affect certain features and functions.
Manage options Manage services Manage vendors Read more about these purposes
View preferences
{title} {title} {title}
Go to Top